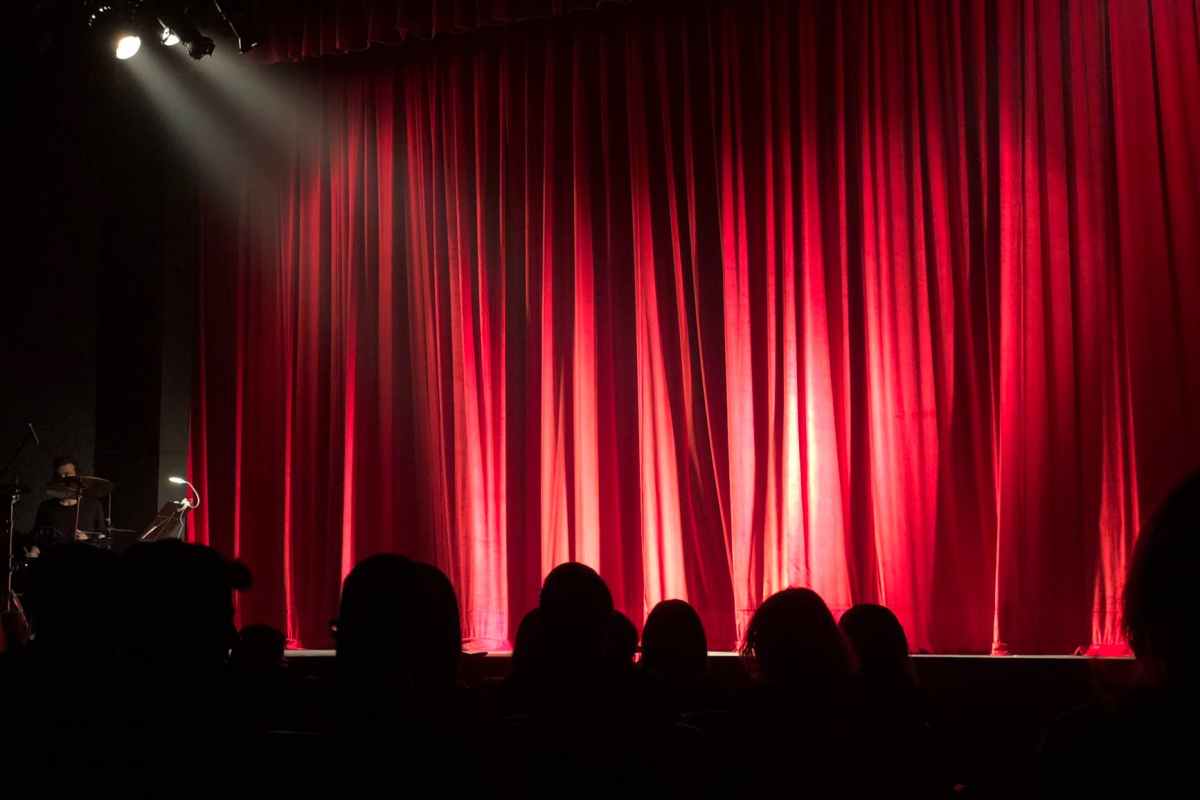 JOHN and LENA are in the living room. They are eating buttered popcorn.

JOHN: We should go see a play!

JOHN: There’s this new one that everyone is talking about. It’s called “Dirt Garden.”

LENA: What’s it about?

JOHN: Uhhh… I’m not entirely sure. But everyone else raves about it. Therefore we’re going to love it, too. I heard the actors are supposed to be stunning.

LENA: (Plasters an obviously fake smile on her face): They can’t be a better actor than me.

LENA and JOHN are at the Beans Bunny Theater and the room is darkening and the curtains are lifting as the play begins.

STRANGER #1 stands up. The rest of the audience is silent.

STRANGER #1 (cheering): Tick and Tock! You’re my heroes. The best actors in the business. Will you both marry me at the same time?

TOCK: Be quiet!! The show’s starting. And turn off your cell phones.

TICK (sobbing): Oh, my garden! All my flowers have been killed by some mysterious force! Now it’s nothing but…

The audience waits, at the edge of their seats. The anticipation is palpable.

The curtain is quickly closed on a raging TOCK kicking a sleeping TICK.

The audience breaks into wild applause and whistles. It’s a standing ovation.

LENA and JOHN are talking to each other on the way out of the theater.

LENA (angry): Remind me never to listen to you ever again!

LENA stomps off in a random direction angrily.

JOHN (to himself): I thought it was magnificent.

JOHN hurries to catch up to LENA.