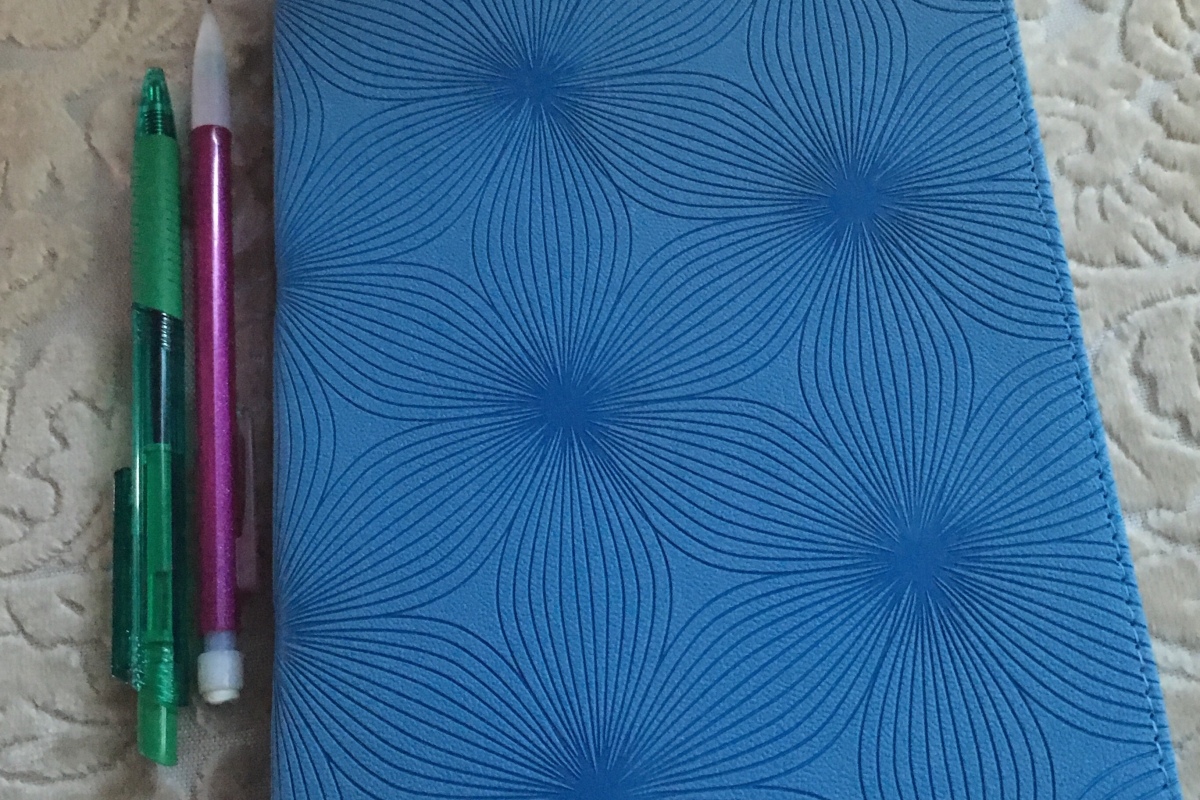 I recently got a new notebook. Unlike all my other notebooks, I actually want to fill this one with different stories and things, but I want my entries to be consistent.

I want this notebook for something specific so I don’t throw it away or forget about it.

Also I want each entry to be fast to write so I can do it every single day.

Arachnid has told me to write about our two characters: Tick and Tock. They are sisters that have an odd relationship with one another, weird appearances and peculiar tastes. Tick is the older sister who often delves into trippy, mind-bending worlds when she drifts off to sleep– which is very often. Tock, on the other hand, is the feisty, fiery and very violent younger sister who sports a deadly scythe.

While this is an awesome suggestion, I feel like probably won’t stay with it, especially when the terrible disease *gasps in horror* writing block comes in.

I’ve been thinking to make the journal into a cool thing where I write a one page story a day. With summer coming up, I’ll have some time to write too.

What do you guys think?